In an effort to hold myself accountable, I post a list my New Year’s resolutions at the beginning of each month, along with their progress (or lack thereof).
1. Don’t die.

Unless none of us are alive and we’re all a part of a massive computer simulation (which I sometimes believe), I’m doing well.

I gained two pounds in April, leaving me down five with five to go.

4. Launch at least one new podcast.

Author Out Loud, my first podcast, is still yet to launch (and therefore still not my first). Once we have that podcast running smoothly, we can think about adding a second podcast.

5. Complete my sixth novel before the Ides of March.

Revisions on the next novel have continued to stall progress on the new one. It remains more than half finished. I will set a new goal when revisions on next book are complete.

My literary agent has read the partial manuscript of what would be my seventh and likes it a lot. She recommends that I proceed. Happy day!

7. Sell one children’s book to a publisher.

Work continues on The Little Bad Wolf and two other manuscripts.

On a side note, I spent some time with successful children’s book author Bob Shea. Bob is the author of many, many children’s books, including a Clara favorite, Unicorn Thinks He’s Pretty Great. Bob and I chatted about the world of children’s books. He gave me some good advice that I hope to use moving forward.

8. Complete a book proposal for my memoir.

The proposal for a memoir comprised on the 3o or so stories that I have told on stage for The Moth, Speak Up, The Mouth, The Story Collider and other storytelling organizations is complete. My literary agent likes it and is moving forward with it. With any luck, I will have news of a sale at some point in the coming months.

Work also continues on a memoir that focuses on the two years that encompassed my arrest and trial for a crime I did not commit. These two years also include an armed robbery, the onset of my post traumatic stress disorder, my period of homelessness and the time I spent living with a family of Jehovah’s Witnesses.

It was a memorable two years.

I haven’t decided whether I should write this entire book or a proposal for the book yet.

I’m also secretly writing another golf memoir that I do not expect to sell. Last summer, I wrote one almost by accident, and I think it’s some of the best writing I’ve ever done. How could I not take another foolish stab at it again?

9. Host at least one Shakespeare Circle.

After a extremely positive conversation and flurry of emails with my film agent, I have begun work on my first screenplay. I’ve purchased and installed Final Draft, the professional screenwriting software, and as soon as I figure out how it works, I’ll begin writing.

I’m excited. Elysha and both my agents are excited, too, which is typically a good sign.

The first draft of my poetry collection is complete and in the hands of some of my first readers. It is too long, and the poems will need to be reordered, but it feels great to have the actual draft in my hands.

I’ve contacted my literary agent about the book, and she is willing and ready to read once I am happy with it.

One class and $50 away from completion. Hopefully a class that I can find and complete over the summer.

14. Publish at least one Op-Ed in a physical newspaper.

My first column for Seasons magazine has been submitted and was accepted. I’m not certain of the publication date.

I also published a piece in The Cook’s Cook, a magazine for aspiring food writers and recipe tested. You can read the April-May issue here. 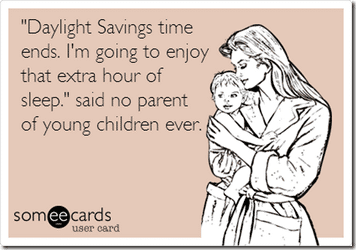 15. Attend at least 10 Moth events with the intention of telling a story.

I performed in a Moth Main Stage in North Hampton, Massachusetts in early April, and I won a Moth StorySLAM at the end of April. This brings the total number of events in 2014 to seven.

Two GrandSLAMs in 2014 and no victories.

No progress, though the co-writer of another book that I am attempting to write has offered to introduce me to this… sport?

21. Produce a total of 6 Speak Up storytelling events.

No events in April, leaving my yearly total at two. I will be doubling that number in May with events on May 17 and 31.

I delivered a TED Talk in March at Brooklyn Boulders in Somerville, MA.

I have also been contacted about speaking at another conference in the fall.

I played my first round of golf in April, shooting a 62 for 9 holes.

Needless to say, it did not go well.

24. Find a way to keep my wife home for one more year with our children.

25. Post my progress in terms of these resolutions on this blog on the first day of every month.