I am not a fan of Wes Anderson’s films. 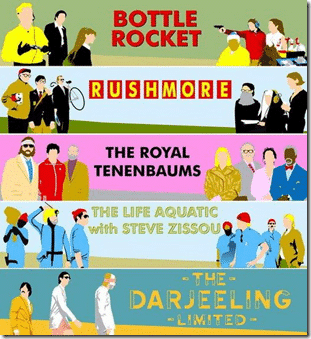 I suspect that it’s because I’m an auditory learner who remembers almost everything he hears but almost nothing he sees.

My wife says that if she were placed in a lineup with other brunettes, I might have a difficult time picking her out. Not true, but she illustrates the point well. Oftentimes, I can’t tell you what clothing I am wearing unless I look down.

My visual receptive skills are lacking, and Anderson’s films are visual masterpieces. Though I know this empirically, his skill and expertise are often lost on me.

Either that or I am not a fan or yellow, orange and brown, which are essentially the only colors that Anderson uses in his films.

If you think I’m exaggerating, watch this video on the themes in Anderson’s films. It’s actually quite interesting, but it fails to note his obsessive use of these three colors, which are on full display in the video itself.