There is nothing wrong with taking pride in one’s accomplishments.

I am proud of my fifteen year teaching career, which includes a Teacher of the Year honor.

I am proud of my publishing career, which includes three novels that have been published in more than 25 countries worldwide.

I’m proud of the way that we are raising our children.

I am proud of my own educational background, which includes attending two colleges simultaneously in order to earn two degrees, all while managing a fast food restaurant fulltime, launching my DJ company and working part time in the college’s writing center.

Then there are accomplishments that are perhaps less pride-worthy.

I am proud of drinking my friend, Scott, under the table at our friend’s wedding back in 1997.

I am proud of getting the best of a colleague who engaged in a shouting match with me about eight years ago, forcing him to eventually apologize to me despite my aggressive tactics and name calling.

I am proud of the fact that my son is 19 months old and has never peed on me. This was a legitimate concern of mine when I found out that we were having a boy.

I am proud of once being compared to my friend, Coog, in terms of video game prowess. .

Add to the list of questionable pride is a new one:

I have an IMDB page. 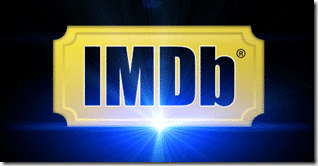 I know. I can’t believe it either.

The Internet Movie Database is the industry storehouse of film and television credits for actors, directors, producers, writers and everyone else involved in the the making of movies and television shows. It’s been around for more than 20 years and is older than the Internet’s first Web browser.

I received a Google alert that my name had popped up on IMDB. I clicked over the site and found two entries for Matthew Dicks.

“I wonder who these two guys are?” I thought.

The first is a Matthew Dicks who worked in the art department for the 2004 film The Woodsman.

I clicked on the second and discovered that it was me.

All three of my books are currently optioned for film or television, and  Memoirs of an Imaginary Friend is actually moving along quite well (by the agonizingly slow standards of Hollywood). But Unexpectedly, Milo, is also being worked on by a production company, and I am listed in IMDB as a writer on this project “in development.”

I am way too excited about this, especially considering I didn’t actually do anything to deserve the page other than write the novel.

I immediately texted by screenwriting friend, who doesn’t have an IMDB page yet, to taunt him, but he was annoyingly happy and supportive for me.

I told another friend, but she didn’t know what IMDB was.

She must be living under a rock.

I’ve actually resolved to write a screenplay this year, so perhaps one day a more legitimate credit will be added to my IMDB page, but for now, this is more than enough.

Posted in Film, MEMOIRS OF AN IMAGINARY FRIEND, UNEXPECTEDLY, MILO