I am the veteran of the prom season. In my youth, I attended a total of seven proms.

I attended both my junior and senior proms with my high school girlfriend, Laura.

Laura was a year younger than me, so I also attended her junior and senior proms as well.

Laura and I also attended the prom of friends Eric and Lisa in a neighboring town. I was Lisa’s date (I would eventually date Lisa later on) and Laura was Eric’s date.

When I was eighteen and managing a McDonald’s in Milford, Massachusetts, I attended the prom of an incredibly shy employee who needed a date and asked to me to go with her by handing me a slip of paper as her shift ended. It was a unique prom experience that went remarkably well and then didn’t.

A story for another day.

When I was 22, I attended the prom of another McDonald’s employee while I was managing a restaurant in Brockton, Massachusetts. She and I had survived an armed robbery of our restaurant, and her mother asked me to escort her to the prom, feeling like she would be safe in my company. 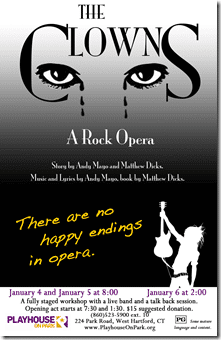 All of this is to say I have some prom experience.

A recent trend in the prom circuit is prom proposals or “promposals.” Rather than simply asking a person to the prom (or handing over a slip of paper), high school students are now proposing to their would-be dates using extravagant and digitally-shared proposals which, as far as I can tell, almost always serve to demonstrate how creative, clever and romantic the boy is and have almost nothing to do with the actual girl.

I’ve watched a bunch of these promposals, and while the production values differ considerably, the general theme of these proposals is the same:

And what are these prom proposers going to do when it comes time to propose marriage someday? Some of these stunts are so elaborate that topping them will be nearly impossible.

Of course, by that time, no woman in her right mind would want to be proposed to in the way that these kids are proposing to their prom dates.

Simply search on “promposal” on YouTube and you will see what I’m taking about. This one is especially egregious.

I’m sure that the young man in the video is a delightful and respectful individual., but I suspect there will come a day when he regrets this moment in his life and the video may disappear from YouTube forever. The idea of a promposal is bad enough, but the degree of narcissism and self-promotion on display here is astounding.

The most baffling part of the video for me, however, is how indulged this boy appears to be. Not only does he have an emcee, a band, a local news crew present to interview the happy couple after the proposal and the implicit support of the school administrators, but he has multiple, professional-grade video cameras operating throughout the stunt and a throng of enthusiastic classmates.

It’s his classmates that surprise me the most.

Who are these kids? Where is the adolescent apathy that characterizes so many of the high school students I know? Where is the intense disinterest? The purposeful listlessness and focused indifference that I have come to expect (and love) from teenagers?

What is wrong with these people?