SOMETHING MISSING hit the bookstores today, the fruition of a lifelong ambition of mine. It’s not often that a person has the opportunity to realize a dream that he or she has had since childhood, so I tried to enjoy the day as much as possible and remember every little moment.

After a morning of hoops and more interviews with the local newspaper for a feature that will be coming out soon, Elysha and I spent the afternoon chatting with friends who had just purchased the book, receiving congratulatory emails and phone calls from people around the country, and visiting bookstores to see the book for ourselves. With limited time and limited locations to visit, as most of the local stores had sold out of the book by the middle of the day (it’s so nice to have lots of friends), we stopped first at a Border’s Express and found SOMETHING MISSING on the shelves alongside my current book club novel and Pulitzer Prize winning book, The Brief and Wondrous Life of Oscar Wao.

I was thrilled to see the book in the store, and in such good company, but my wife, ever the ardent and vocal supporter, was appalled to not find the book on one of the store’s front tables or displays and made a point of telling one of the clerks that it can be found on the front table of all the other Border’s Books. A brief and contentious discussion followed and we left the store with my wife grumbling about the man and his intellectual faculties.

My first chance to see my book in a bookstore and she gets in a fight with an employee. Nice, huh?

One of my friends later reported that the book had in fact been moved to a front table of this particular store after someone had told the shopkeepers that I was a local author, but my wife was quick to point out that the person who moved the book up front was reportedly a woman and therefore not the man of questionable intellect with whom she did battle.

We then drove down the road a bit to the local Barnes and Noble, and there my wife and I were pleased to find my book, unexpectedly positioned on a front table display as well. It was utterly thrilling. We took photos and I basked in the combination of disbelief and joy until my wife started looking for customers and employees who she could tell who I was.

I’m not going into any more bookstores with her ever again. 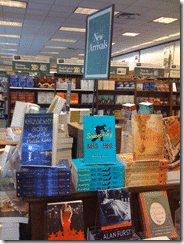 The release party for my book, planned brilliantly by my wife, followed at Elements Bistro in West Hartford. We had about 80 friends and family show up, many with books in hand, ready to be signed. Unfortunately quite a few could not find the book, but most placed orders and will have them soon. My wife’s aunt also reported that her local store in New Jersey had sold out, and her grandmother reported the same from the independent bookseller in Great Barrington, MA, where it had been made a staff pick.  The thought that people are reading my story is just beyond exciting.

The party was great. Last month I had the honor of meeting author Eleanor Lipman, who gave me a quick lesson on how to sign a book, and my mother-in-law researched the best type of pen with which to sign an autograph and presented me with a set of them as a gift at the beginning of the party.  So I was ready to sign my first copy when I arrived.

The party was loud and lively, and a photographer and reporter were there from the Hartford Courant to continue gathering information and images for the upcoming story. I spent the evening chatting with friends, colleagues, former students, and family. One of Elysha’s good friends had my book framed earlier that day and presented it to me at the start of the party, and my only complaint is that it went by so fast and I signed so many books that I never had a single bite to eat. I ended my evening in a Wendy’s drive-thru, eating a chicken sandwich from my lap as I drove home.

I asked my mother-in-law, who likes to take photos, if she could send me some from the party to post here. She sent me 140 of them.  The lady does like to take pictures!

When I arrived home, I had email waiting for me from friends, family and my editor,  who had found that SOMETHING MISSING was receiving more attention online, including:

SOMETHING MISSING was chosen as an Editor’s Pick by Random House.

The Mystery Guild, on online book club, posted a very favorable review of the book and is featuring it on their homepage.

White Birch Books, an independent bookseller in New Hampshire, had made SOMETHING MISSING a staff pick and wrote very favorably about the book.

Joseph-Beth bookstores in Ohio has made SOMETHING MISSING their Pick of the Month and is featuring the book on their homepage.

And the day ended with me listening to the latest episode of Books on the Nightstand, a podcast about books hosted by Michael Kindness and Ann Kingman, who work for Random House and are absolute book junkies. And to my surprise, their last segment, Two Books We Can’t Wait for You to Read, included a discussion about SOMETHING MISSING.

Many, many thanks to all who continue to send me good news and such heartfelt sentiments about the book.  One reader emailed me about six times yesterday as she made her way through the book, commenting on her excitement at each crucial moment in the story.  To know that someone is enjoying my story as much as she is the best reward for a lot of hard work.

So it was quite a day. And as I finish this post and look at the clock, I see that I can probably squeeze in a little more work on the current manuscript.

I can’t imagine a better way to end such a wonderful day. 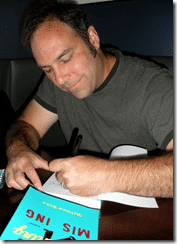 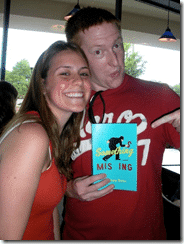 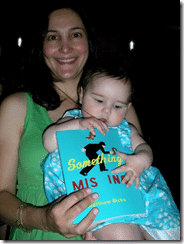 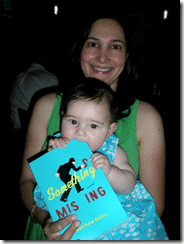 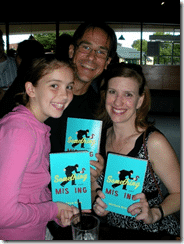 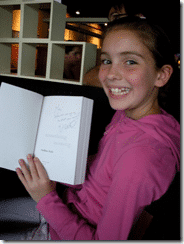 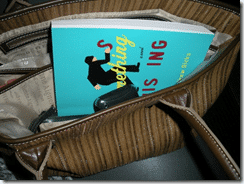 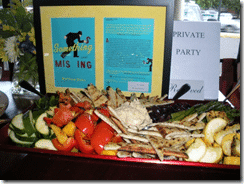 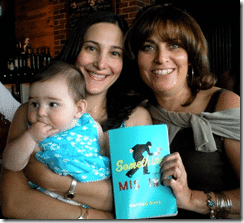 Posted in SOMETHING MISSING